More and more of the luxury goods being imported and sold in the UK are fake. EU officials seized €768m worth of counterfeit goods in 2013, and the numbers keep going up. Unsurprisingly, watches and other jewellery make up a large proportion of these, offering some of the biggest price tags.

But spotting fakes is easier than you think. If you want to own expensive jewellery or watches, you should take the time to know the little details that can give away a fugazi.

So, don’t get scammed by fake jewellery – use these simple and effective tips to spot if your jewellery is the real thing. 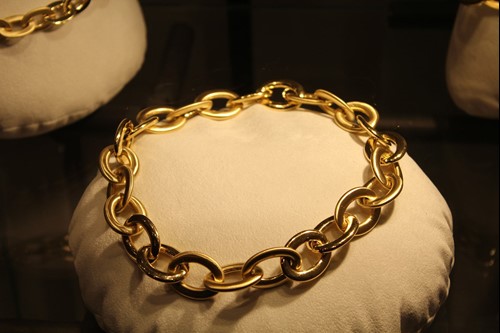 There are a remarkable number of tricks and tests to spotting fake jewellery that’s posing as real gold or silver. The simplest, however, is just to look for the markings.

No stamp? Then look for discoloration where a different metal is starting to show underneath the plating. Real gold should also sound tinny and feel heavy. If you’re still not sure, it’s time to get more hands-on. Scraping the piece across an un-glazed ceramic plate (preferably not an antique) will reveal its true worth – a black streak means fake jewellery, a gold streak the real deal.

Still not sure? Grab a magnet. Most metals are magnetic, but not real gold or silver. Want to be Archimedes? You can try testing the density of the gold, by submerging it in water and measuring how much is displaced. Gold is extremely dense, so will displace more than a fake.

If you’ve tried every other method and simply don’t know, try the pirate test and take a small bite. If there’s a dent then you’ve got the genuine article.

It’s not just gold - you can also trust your teeth to identify fake jewellery when it comes to pearls. Rub your pearls against your teeth and you should feel the difference straight away - fakes will slide smoothly off where real pearls have a gritty texture.

With diamonds, meanwhile, size is a big giveaway. Big gems are so rare that only 0.01% of them are real. If your stone has a setting that doesn’t reflect its value – like sterling silver –it’s almost certainly a phoney. You can also try fogging it like a mirror with your breath. Real diamonds don’t fog up easily, but if the piece you’re holding fogs for a few seconds or more after huffing on it, then it’s a strong indicator that you’ve got an item of fake jewellery.

Diamonds also refract differently to glass fakes. Try reading through the upturned stone. You shouldn’t be able to see anything. Even black blurry letter shapes indicate it’s not bending the light the way a diamond would. 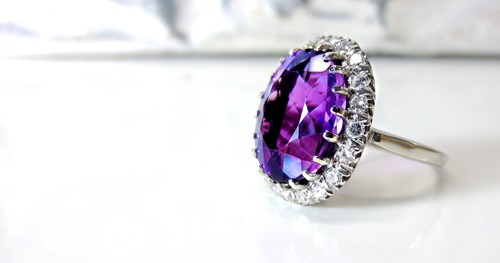 Your touch is ‘handy’ when spotting fake jewellery with counterfeit stones like onyx or turquoise. Whereas plastic replicas will feel warm to touch, the real thing should feel cool – like a stone. Plastic will melt easily too, so heat up a pin and prick it to be sure.

Your eyes will also tell you a great deal. Real gems are never as flawless or smooth as fake jewellery that’s been made in a mould. Opals are especially easy to spot if you know what to look for. Factory-made fakes will appear to have no gaps between the flecks, which are all the same shape and size. The flecks in real opals are much less regular.

It also pays to do your homework – since lots of gems usually only have one standard country of origin. For instance, opals generally make their way around the world from Australia. If you know your gem originated in Russia or Hong Kong, where lots of synthetic gemstones are produced, be suspicious. 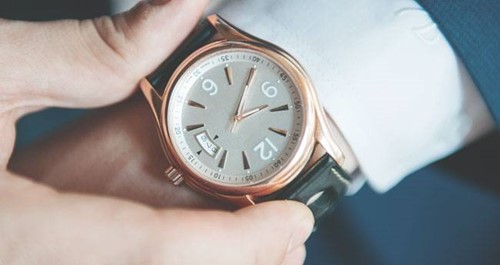 Still be careful though, some good fakes will mimic the sweep too. Ask yourself, does it look and feel expensive? If the lettering quality isn’t perfect and it’s not that heavy, you’re holding a fake. Again, a little research goes a long way – look for tell-tale stamps or marks created for exactly this purpose, or research the serial number which should appear on the back or between the case lugs.

Just remember that spotting fake jewellery or watches is only the first step. Once you’ve invested in the real thing, make sure you protect yourself and your investment with specialist valuables insurance thanks to Ripe Insurance for Valuables. You can craft the perfect policy in seconds right here.