Our ability to tell the time has always helped things tick along nicely. Our fascination with it has led to many time-keeping devices being invented over the years, but how did we end up with the watches that adorn our wrists today?

However, there were some fairly apparent drawbacks to telling the time using sundials. First, they had to remain in the same location, otherwise they would produce different shadow lengths. Second, and slightly more obviously, they don’t work once the sun goes down. It was clear a new method of telling the time would have to be developed. 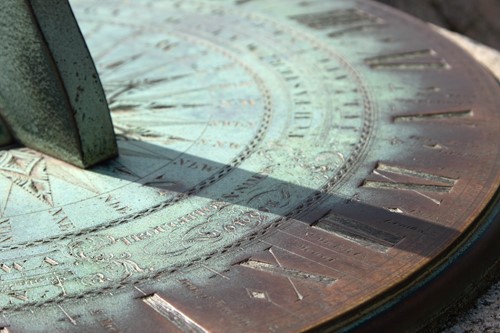 By 1,500 BC, people were beginning to experiment with ways to track the passing moments while the sun was down. The hourglass – which used falling sand to follow the time – was among the most common of these inventions, but the most precise timekeeping device they came up with was the water clock. This worked in a similar way to the hourglass except (you guessed it) it used water.

Just 500 years later, we’d already developed an early mechanical clock to replace its watery predecessor. This mechanism consisted of a series of bells, pulleys and counterweights and quickly grew in popularity all over the known world. The ironic thing is, they were no more accurate than the water clocks they had replaced. In fact, these new mechanical clocks could lose half an hour or more every day!

The first reasonably accurate clock didn’t come around until 1657 when a Dutchman named Christian Huygens used Galileo’s pendulum invention to create a better clock – which only lost 15 seconds a day. While its popularity exploded, these clocks were much too big and heavy to even come close to being portable.

The first ever watch

In the early 16th century, Peter Henlein developed the first portable watch that we would recognise today. Although at around 3-inches deep, they weren’t incredibly easy to transport but they were incredibly rare and expensive and were very fashionable among the nobility of the time.

This egg-shaped design – which was more suited to being on a pendant than in a pocket – soon transgressed into the much more common pocket watch by 1675. For the next 240 years, the pocket watch became the dominant portable watch, but they weren’t without their drawbacks. Funnily enough, these watches were more inaccurate than the water clocks from thousands of years before, sometimes losing several hours a day!

After a lot of tinkering and adjusting, the pocket watch became just as accurate and reliable as a full-sized pendulum clock. 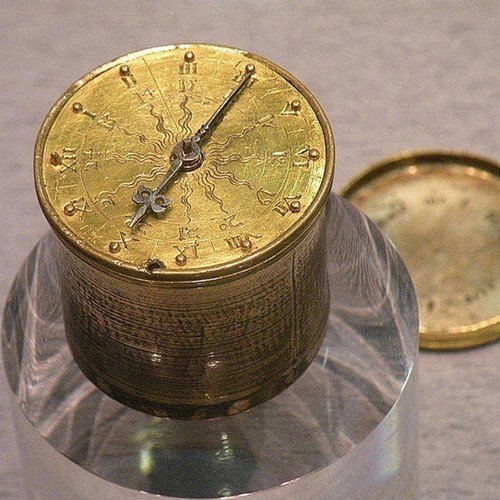 Read more: Watch Your Watch: Theft Techniques To Be Aware Of

The birth of the wristwatch

The inventor of the first wristwatch has been somewhat disputed. Although Patek Philippe claimed they created the first ever wristwatch in 1868, others say it was created by the French innovator Abraham-Louis Breguet for the Queen of Naples in 1810.

Whatever the origin of the wristwatch was, by the beginning of the 20th-century wristwatches had become a popular fashion trend amongst European women – they were regarded as more of a bracelet and men still favoured the pocket watch. In America, however, wristwatches were nothing more than a joke and a fad that would eventually pass.

But no such thing happened – two years into World War I the only practical way in which the soldiers could tell the time was by wearing a wristwatch. They needed to know the time, and quickly, to coordinate manoeuvres – rifling through your pocket for a watch just wasn’t practical amongst the chaos of the trenches.

Soon, European soldiers were putting a layer of unbreakable glass over the face of the device and radium so it could light up at night - the watches were now fully adapted to trench life. Civilians started to see how practical this method of timekeeping actually was and adopted it too. 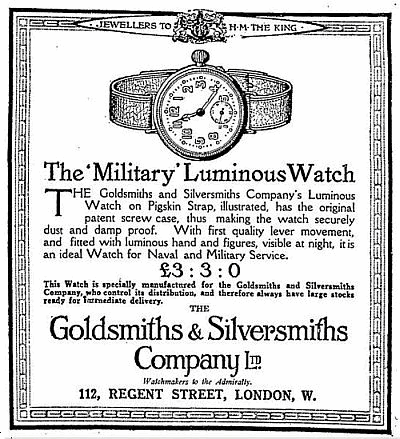 While watch styles and trends have come and gone over the years, the core design has changed very little since the First World War. With products like the Apple Watch growing in popularity, many have questioned the future of the mechanical wristwatch – but we think, the mechanical watch’s timelessness and beauty will mean it’s around for many years to come.

Now you know your watch is part of a rich history, make sure to protect it with Specialist Watch Insurance!